Palm oil is the most widely used vegetable oil in the world. Current demands for the product cannot be met sustainably and as a result we are experiencing mass loss of habitat, wildlife loss or displacement, violations of human rights and intensifying effects of climate change. It is estimated that 193 species labelled as critically endangered, endangered or vulnerable on the IUCN Red List are affected across regions in South East Asia, Africa, and Latin America, (IUCN) as a result of the negative impact of palm oil.

The commodity can only be grown within 10 degrees of the equator which is the tropical regions of the Earth. Current high demands for the product places high pressures on this region and as a result demand cannot be met sustainably and have led to widespread devastating deforestation. Due to the versatility of palm oil and a growing human population, demand will inevitably continues to rise, placing more pressure on natural ecosystems. We must find sustainable alternatives to allow tropical regions to restore and thrive.

Rainforests are cleared to make way for plantations. Various species are killed in the process of deforestation or die of starvation after their natural habitat is taken away. Since 1980, palm oil production has increased tenfold with estimates that production will increase 50% by 2050 (Greenpalm). Indonesia is the largest producer of palm oil, followed by Malaysia – both countries account for 85% of the world’s palm production. There has recently been an increase in palm oil production in South and North America.

Human-wildlife conflict often increases following the establishment of plantations. Once species loose their habitat and become displaced they often run into human settlements resulting in conflict. Several species including but not limited to over 50% of orangutans (WWF) are found outside of protected national parks due to the high rate of deforestation. When wildlife is forced out of their habitat, they often killed due to the disturbances they cause.

Tropical deforestation accounts for 15% of total global warming pollution annually. Forest are one of the world’s major natural carbon sinks, meaning their health is essential in mitigating climate change. When the trees are cleared or burned this releases CO2 into the atmosphere. Non-sustainable palm oil production is destroying carbon rich tropical forests and peatlands making it a significant contributor to global warming. Destruction of peatlands is especially polluting as these ecosystems store massive amounts of carbon and can cause more than 2,000 times more greenhouse gases than burning diesel oil.

A new study published in Science of the total environment has explored the validity of certified sustainable palm oil and the results are alarming.

The research paper studied a 30-year time series in Sumatra and Borneo analysing satellite images to track palm oil expansion of certified sustainable plantations. The findings suggest that sustainable certification is misleading as it does not take into account the recent-time of the land. If tighter, stronger guidelines for sustainable palm oil are not introduced we could see the collapse of the world’s tropical rainforests ecosystems.

The 30-year time series highlights that significant portions of endangered species habitat and almost intact tropical forests had been depleted in very recent times to make space for palm oil plantations which soon after became certified as sustainable. Overall, the study found that certified sustainable plantations in Indonesia replaced 92.3% of 1984 tropical forests. These were mostly logged during just the last 30 years. Of these, 51 RSPO certified supply bases in Indonesia were still fully covered by forest up to 1990 and 5 of them were a rainforest up to 2000. In the Malayan Borneo,it is estimated that about 470 k ha included in 173 RSPO-certified concessions, only  about 3,3 k ha of fragmented rainforests remain in 2020. This illustrates the poor and interpretation of sustainable within the certified sustainable palm oil sector. “Every area that was a forest just “yesterday”, and is logged “today”, can become a sustainable plantation “tomorrow or the day after”. The study clearly demonstrates that the current claims of sustainable palm oil are completely inaccurate.

If these trends continue, endangered species such as the orangutans, sumatran tiger, sumatran rhino, sumatran elephant and other species that reside in the forest will continue to lose their home and face the possibility of extinction.

This is not the first time sustainable palm oil has come under fire for its lack of stringent and effective guidelines and procedures. In September 2018, Greenpeace International’s Final Countdown report exposed significant recent deforestation or other violations by 14 RSPO members or associated parties. Greenpeace stated “Violations of the RSPO’s standard and procedures remain systemic and widespread” (Greenpeace). If this continues, tropical rainforest will deplete to an irreversible point – this is not sustainable.

Natural Joint Stock Company in HCMC, Vietnam has been making coconut based soaps for hotels and resorts around the world for over 10 years.  We use the traditional cold-pressed method. 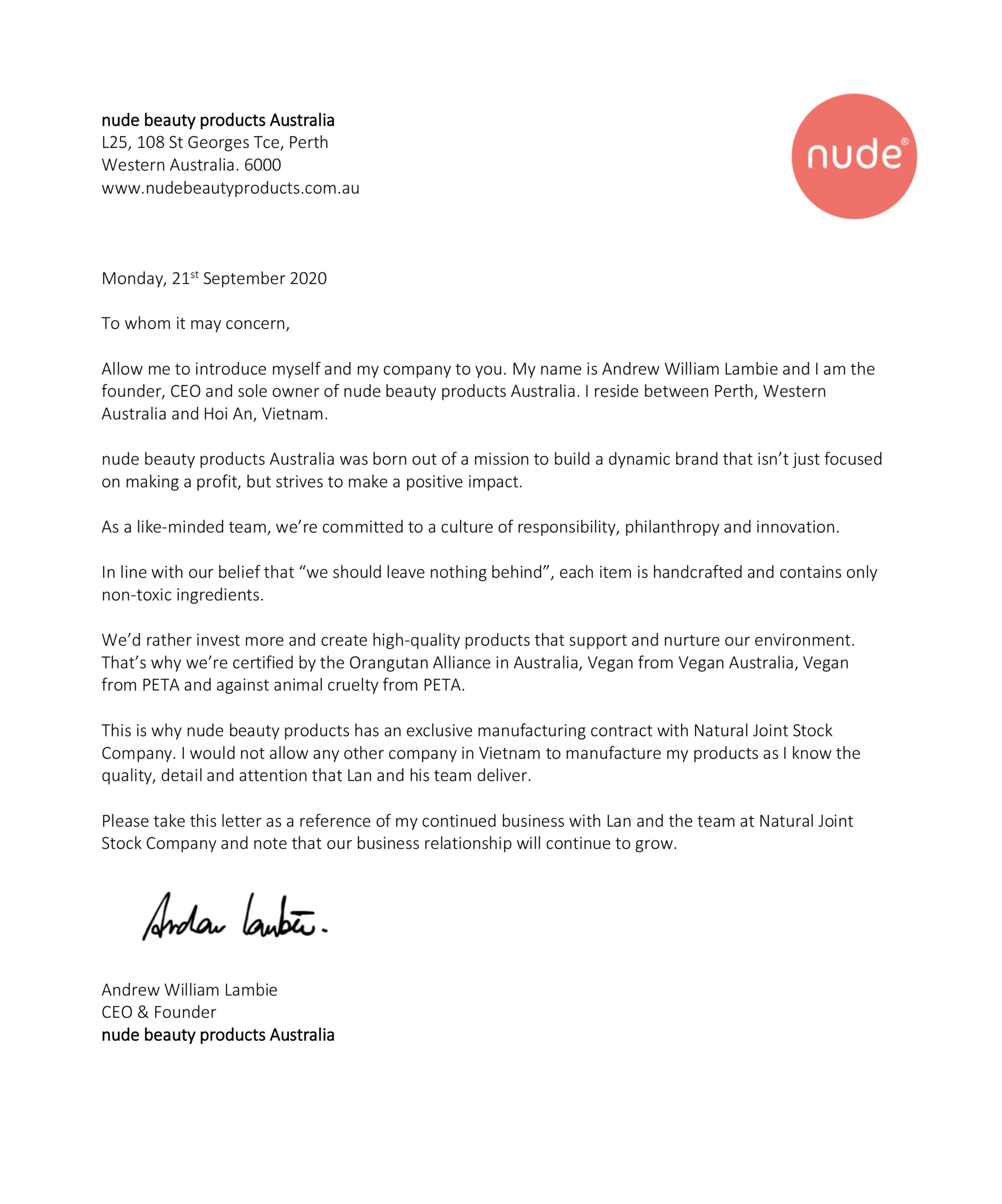