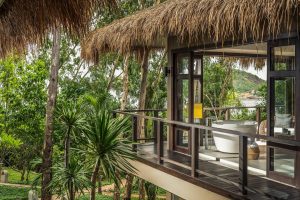 Home to sleepy fishing villages and some of Vietnam’s best beaches, the country’s central region is often overlooked in favour of the big-hitting tourist spots. In 2019, however, Quy Nhon is set to liven up as Anantara Quy Nhon Villas (a sleek 26 all-villa property) opens just outside the city. Half of the villas will sit on the beach, the other half hillside with bay views, and all will have lap pools, butler service, deep bathtubs and in-villa wine cellars. Vietnamese craft beer and Cuban cigars are on offer at the swimup bar, there’s a leafy jungle spa where local monks lead private meditation sessions, three restaurants (including Sea.Fire.Salt for top-notch Asian fare) and Vespa excursions to ancient ruins.

Villas from £338 per night, B&B
anantara.com/en/quy-nhon 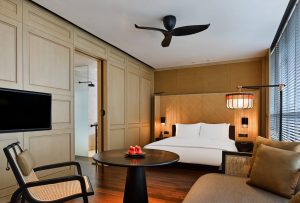 Hot on the heels of a slew of new hotels in the Malaysian capital (Four Seasons, Banyan Tree, W and Alila all arrived in 2018) comes RuMa. Taking its name from rumah – Malay for home – the 253-room property will have a home-away-from-home vibe (checking in and out can take place 24 hours) and dramatic contemporary design by MQ Studio, which pays tribute to Kuala Lumpur’s tin mining heritage.

Likely to be one of the most Instagrammed hotel spots of 2019 is the copper-ceilinged grand salon where two spiral staircases appear to “drill” down from the ceiling, and afternoon tea is served in Royal Selangor pewter teapots. A library will be packed with vintage magazines, modern Malay cuisine served at ATAS restaurant, and there’s a black-and-gold mosaic-tiled cantilevered pool with towering egg-shaped rattan daybeds plus a barbershop by Truefitt and Hill where trims come with a side of Scottish single malt. 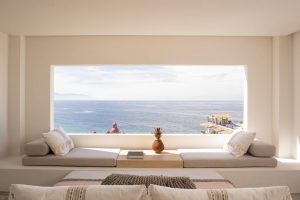 The most exciting opening to land on Mexico’s Pacific coast is the adults-only 55-room Hotel Amapa in Puerto Vallarta. Smack-bang in downtown Zona Romantica, it’s close to tropical beaches, kooky indie boutiques and art galleries, as well as mountain trails that wind through lush forest (head to the rooftop pool for panoramic views). Rooms will have a modern all-Mexican feel (minimal, with handcrafted touches such as hammocks from the Yucatán Peninsula, and artwork by local talent), plus there will be a cafe, and a wellness centre offering rebalancing meditation, massage and reflexology sessions. 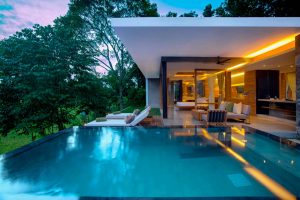 As it’s over 16s only, it’ll suit those who want to dip into Galle but have a base surrounded by nature. The contemporary Gary Fell-designed villas are made in locally sourced recycled teak, with polished concrete and marble interiors, and will have greenery topped roofs and saltwater plunge pools. Adrenaline lovers can head out on surfing trips, go whale watching or scuba dive. For those wanting to relax, there’s an onsite tea garden (hello superior morning cuppas), a spa with oncall Ayurveda doctor, lakeside yoga pavilion and garden-to-table restaurant. 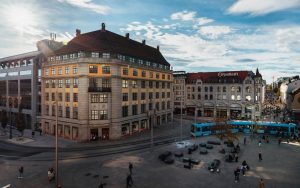 When the art-packed, kooky Thief hotel opened in the Norwegian capital in 2013, it quickly became the place to stay for design aficionados. Now a sister property, Amerikalinjen, inside the historic former offices of Norwegian American Line (where potential emigrants would catch ships to America) will open.

The building, designed by Andreas Bjercke and Georg Eliassen in 1919, is in a prime location next to the opera house and central station, close to shopping hub Kvadraturen and nightlife hotspot Youngstorget. Its 122 high-ceilinged guestrooms will be kitted out with Birger Dahl lamps and feature design nods to the property’s maritime history. Classic cruising-era cocktails will be served at Pier 42, plus there will be a live jazz club, all-day dining restaurant Atlas Brasserie, and Finnish sauna and plunge pool. 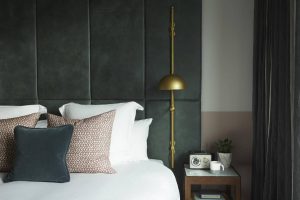 Whenever a Hoxton opens in a city, the hip young things follow. A new outpost in Chicago’s creative Fulton Market/Meatpacking district will open with 182 rooms decked out with mid-century inspired furniture, two floors of coworking space, a rooftop pool for postwork parties, basement piano bar, killer espresso martinis in the 24/7 lobby bar, plus a restaurant by much-loved Boka.

THE PIG at Bridge Place, Kent

Well known for its countryside-chic crashpads, the next Pig will open in May in Nailbourne Valley, just outside of Canterbury. Historical Jacobean mansion Bridge Place (where the likes of Led Zeppelin partied in the 1970s) will be transformed into a 28 room hotel by husband-and-wife duo Robin and Judy Hutson. Original features such as grand fireplaces, wooden panelling and hidden stairways, plus seven bedrooms, will sit in the main red-brick house. There will be another 12 rooms in a new Coach House, as well as a clutch of luxed-up huts with wood-burning stoves.

There will also be a dinky spa, and a greenhouse restaurant serving up kitchen garden fare. Other buzzed-about UK openings include Monkey Island Estate in Bray-on-Thames (February), which will have a floating spa-on-a-barge, and a new Artist Residence in Bristol which will seriously funk up an old boot factory in St Pauls (April). 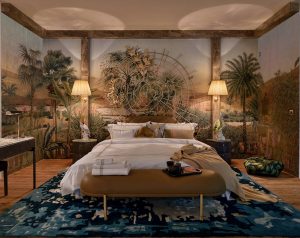 With cool music festivals – such as Annie Mac’s Lost and Found – baroque architecture, pristine waters to thrill scuba junkies, and Valletta coming to the end of a year as European Capital of Culture, Malta has firmly shaken off its reputation as a blue rinse, just-for-the-olds destination.

Ramping up the cool factor further is the 23 room Iniala Malta in the historic St Barbara Bastions; four townhouses restored by a trio of hotshot design talent (A-Cero from Spain, Turkey’s Autoban and homegrown DAAA HAUS). Opt for a suite with a private plunge pool, and don’t miss the spectacular views of Valletta’s Grand Harbour from rooftop restaurant Esenzi (by chef Tim Butler), and insider experiences that include exclusive access to Palazzos and scuba trips to little-known wrecks and caves. 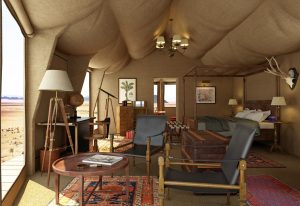 Momentum continues into 2019 as Zannier Hotels (the group behind Omaanda) open a boulder-top luxe 10 tent camp, in a 5,600-hectare private reserve in the southern Namibian desert where hyenas, leopards and oryx roam. Expect a jawdropping infinity pool, panoramic desert views (telescopes are provided to look at the dunes by day and stargaze at night), and not-your-average tent decor – four poster beds and copper bathtubs. Activities include nature-filled game drives, desert rides (by horseback or e-bike) and dinners served by candlelight on fine silverware.

Rooms from £500 a night, full board
zannierhotels.com 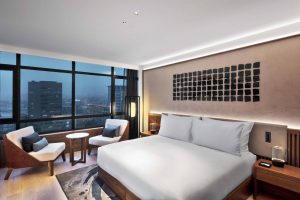 Alongside elegant accommodation, Nobu Barcelona will house a sushi restaurant

Bringing a touch of Asian bling to the Spanish capital, Nobu Barcelona opens in summer in the former Gran Hotel Torre de Catalunya, with 244 rooms and sensational sushi at 23rd-floor Nobu restaurant. Design, by Rockwell Group, is heavily inspired by Japanese crafts – including kintsugi – where cracked pottery is repaired with lacquer mixed with precious metals, and the spa is an urban take on a Japanese bathhouse.

Another hot option for a European weekend break is the 30 room JK Place in Paris (the brand’s first foray outside of Italy, opening in spring), opposite Boulevard Saint Germain. Rooms will fuse elegant Italian design with furniture sourced from Parisian flea markets, and there will be a blissful Sisley spa.